Main Blog “What else is to come?” The story of the café owner who had already survived four crises before coronavirus

“What else is to come?”
The story of the café owner who had already survived
four crises before coronavirus

Bernard Berthier, the owner of Taste, a bistro and patisserie in Copenhagen, knows what a crisis looks like. Before the coronavirus outbreak that has shaken the restaurant industry all over the world, he had already survived four local crises – floods in 2011, water and electricity pipe repairs in 2012, the building of the metro that started in 2013 and lasted for seven years, and finally reconstruction of the bicycle lane in 2018. “What else is to come?” Bernard asks, counting the losses from coronavirus.

He has previously asked local officials for help many times after each crisis but has never received any. “Covering 75% of employees’ salaries and postponing taxes is no real help either,” Bernard says. He is sure that the only thing that can help small businesses now is their customers. “So I ask you, please, next time you shop for something, whether it is food, clothes, shoes or cakes, remember to support your local artisans, people who work hard to give you the best of what they have to offer.”

His mother and grandmother were chefs, so Bernard Berthier was “born in a pot”. With a big passion for making food, he had a long career in a French Michelin-starred restaurant and then his own gourmet restaurant in Denmark. For seven years he worked with a European, Nordic, and Swedish master in gastronomy and cookery.

With his team, Bernard was a silver medalist in the gastronomy Olympics in 2004 when 74 countries took part. Three times he has made food for the Nobel prize dinners, and also for several royal banquets.

The flood in 2011. “When I saw the water, it was like having a flashback of my whole life in one second.”

Nine years ago Bernard went home after a very busy day at Taste. One hour later he received a call from his staff: “Bernard, you have to come back. A lot of water is coming in!” 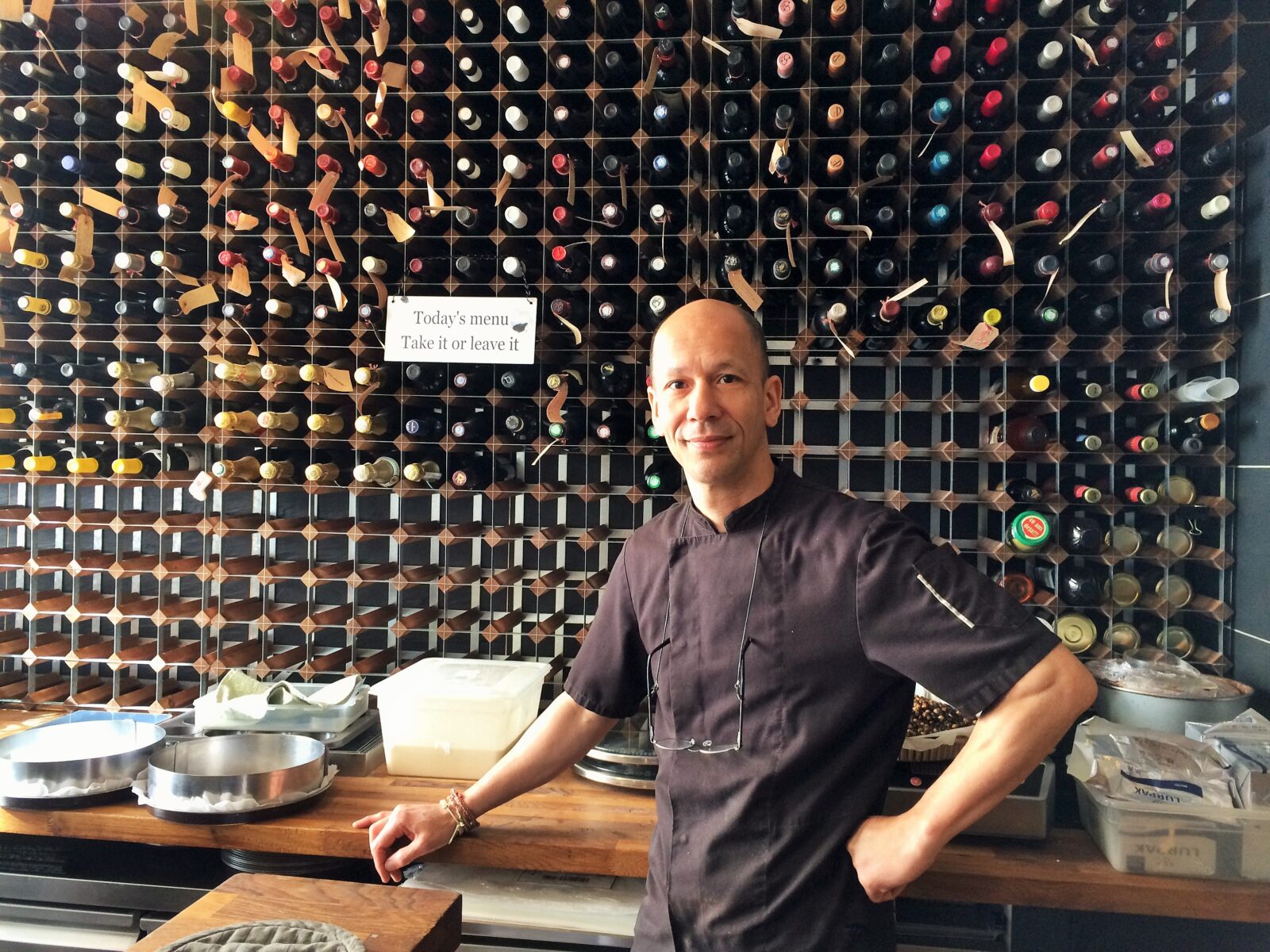 “I said, ‘Come on! It isn’t even raining. Stop joking with me!’” Bernard tells us. “But when I came back, it was like a flashback of my whole life in one second. I’ve never seen so much water.”

Because of problems with the city’s canals, the rain had turned Kongensgade Street into a river – the water was inside every single shop and café. The level of the water inside Taste reached more than 1 meter. 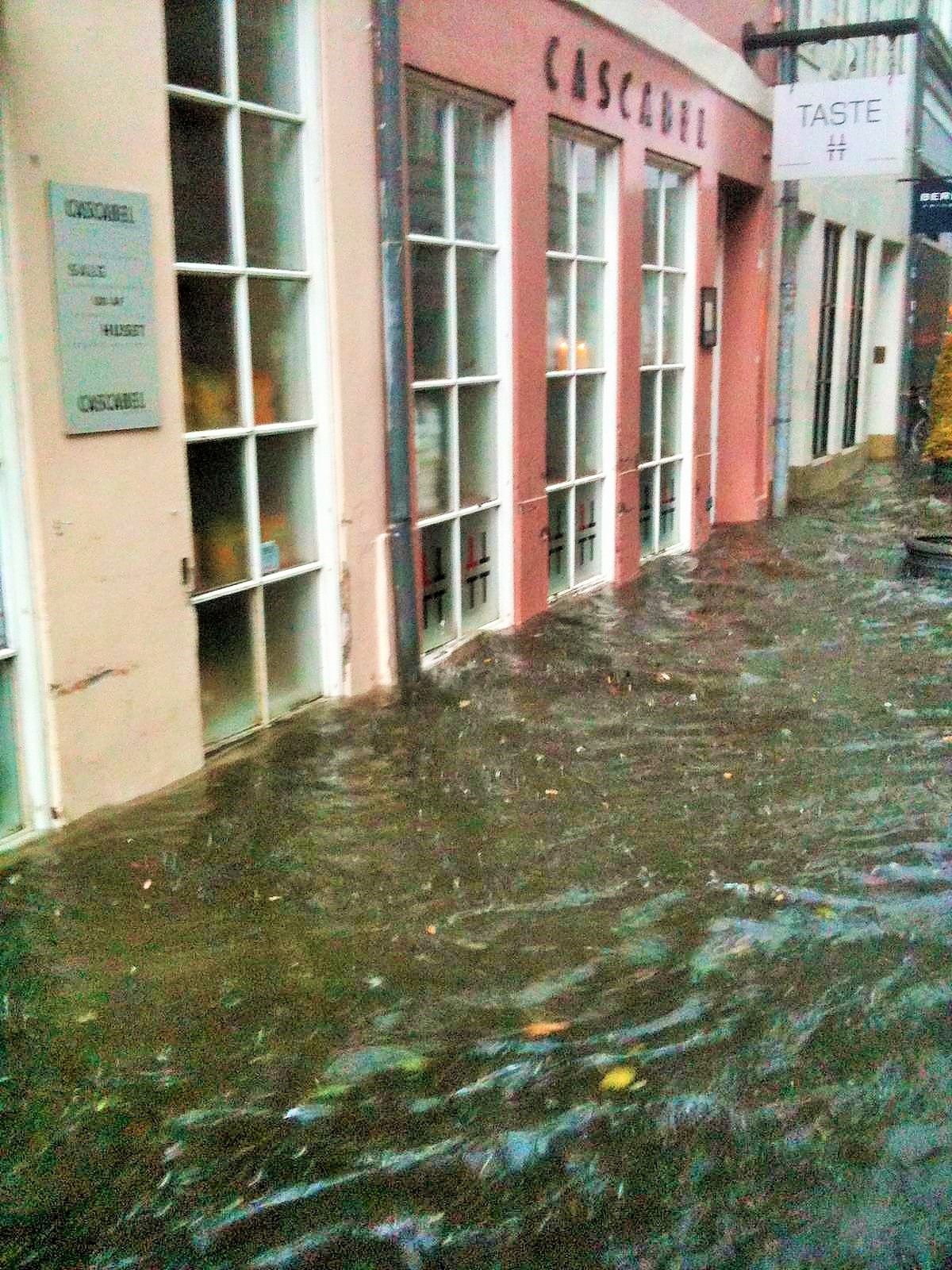 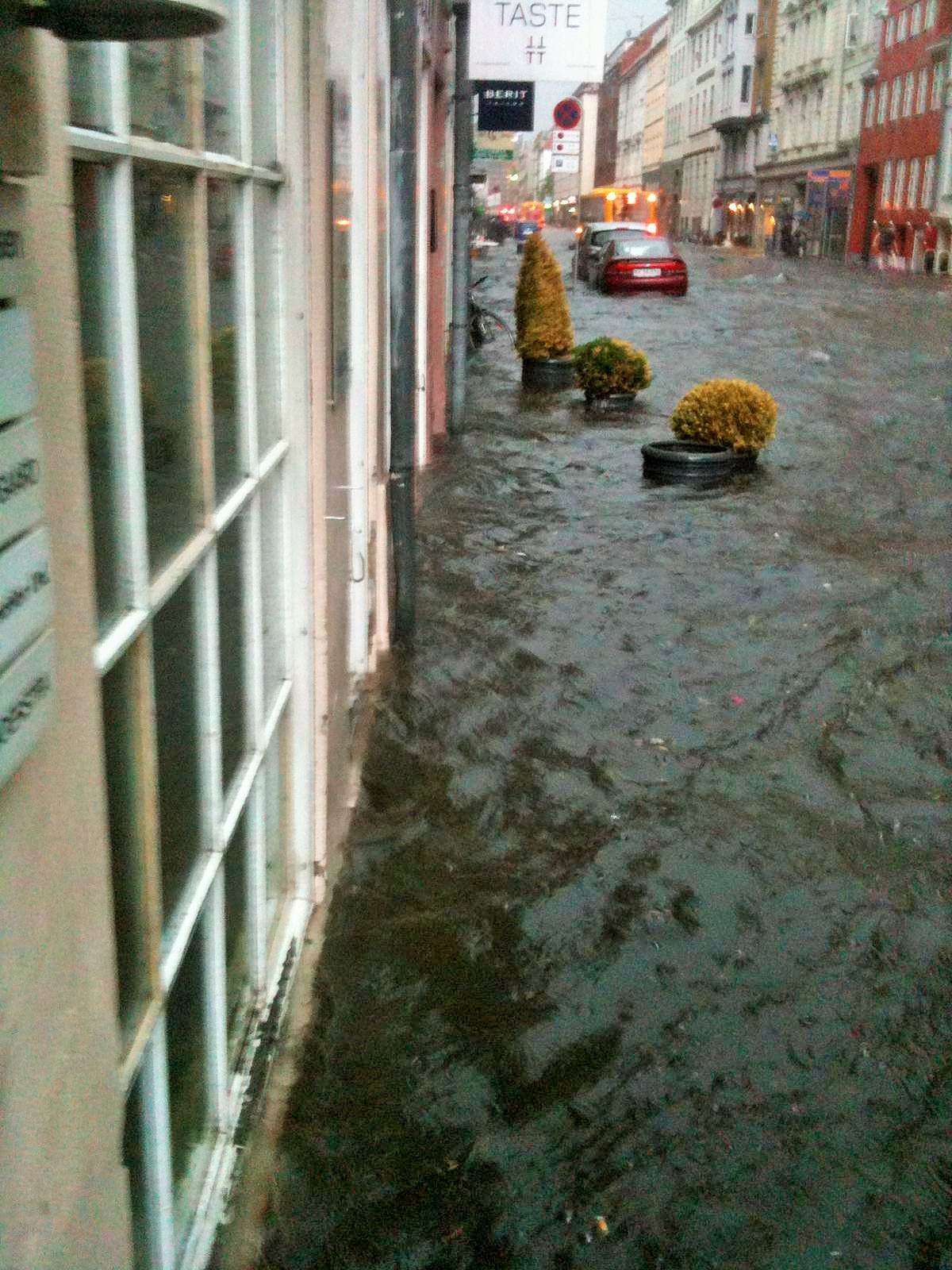 “The dirty water from the drains soaked all everything. The fridges were broken, and the furniture was totally destroyed. Then a specialist came and found some bacteria and mushrooms growing here because of that water – that was absolute disaster!” remembers Bernard. “Firstly, it took two months to dry out. Then I had to buy new equipment and furniture and make repairs. The whole process took six months!”

Insurance covered the expenses but Bernard lost half a year’s income and had to fire all the staff.

“When I opened Taste again, I breathed a sigh of relief and thought that finally my suffering was over – but how wrong I was,” Bernard explains. “It was just the beginning.” 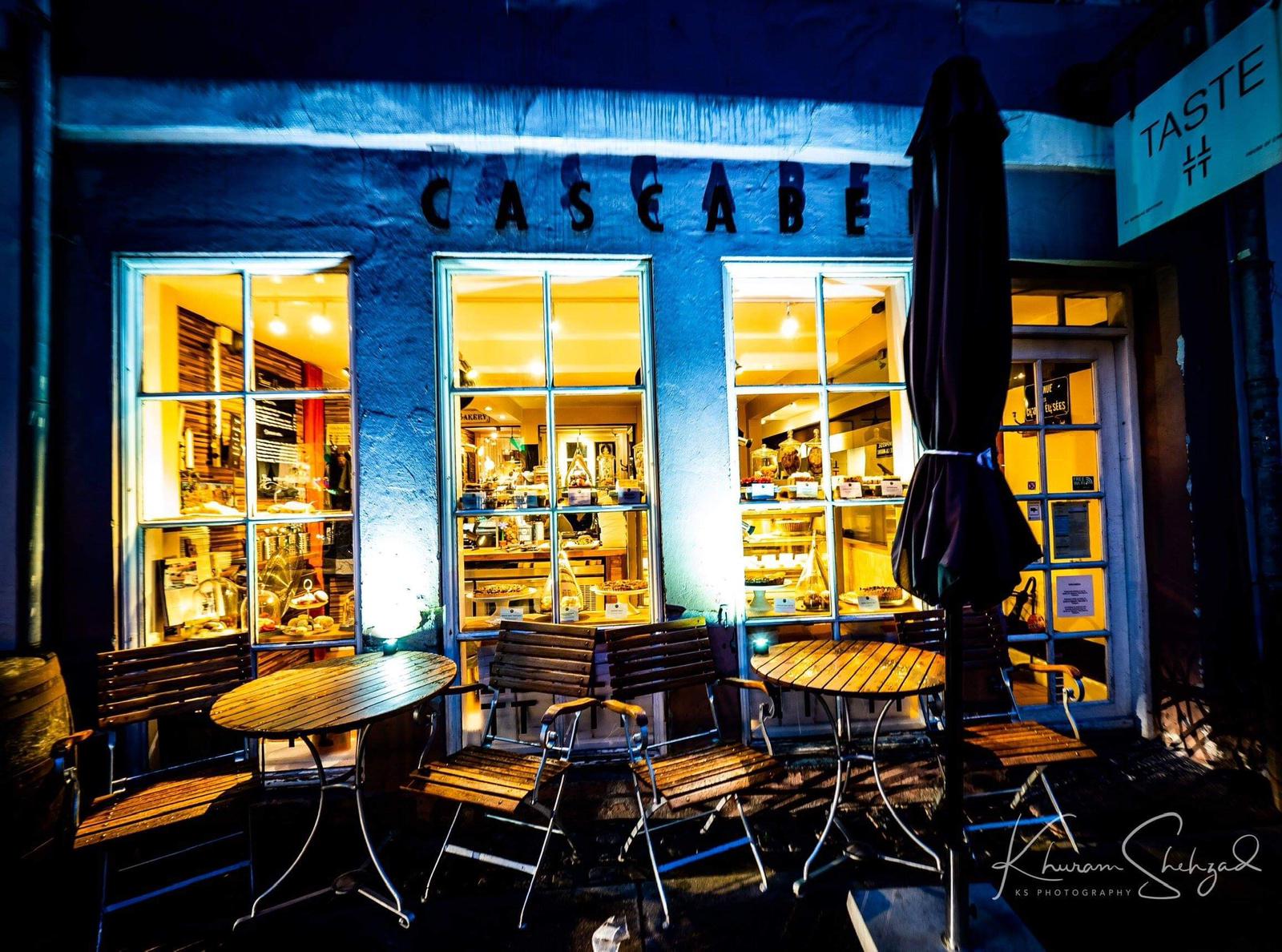 The pipe repairs, building of the metro and the bike lane extension

Another crisis came very soon, as repairs to water and electricity pipes took away the majority of Bernard’s customers.

“It was a chaos here – no parking, noisy, dusty, the traffic was horrible because the whole street was opened – and it lasted about seven or eight months,” says Bernard. “But that was nothing compared with the building of the metro.” 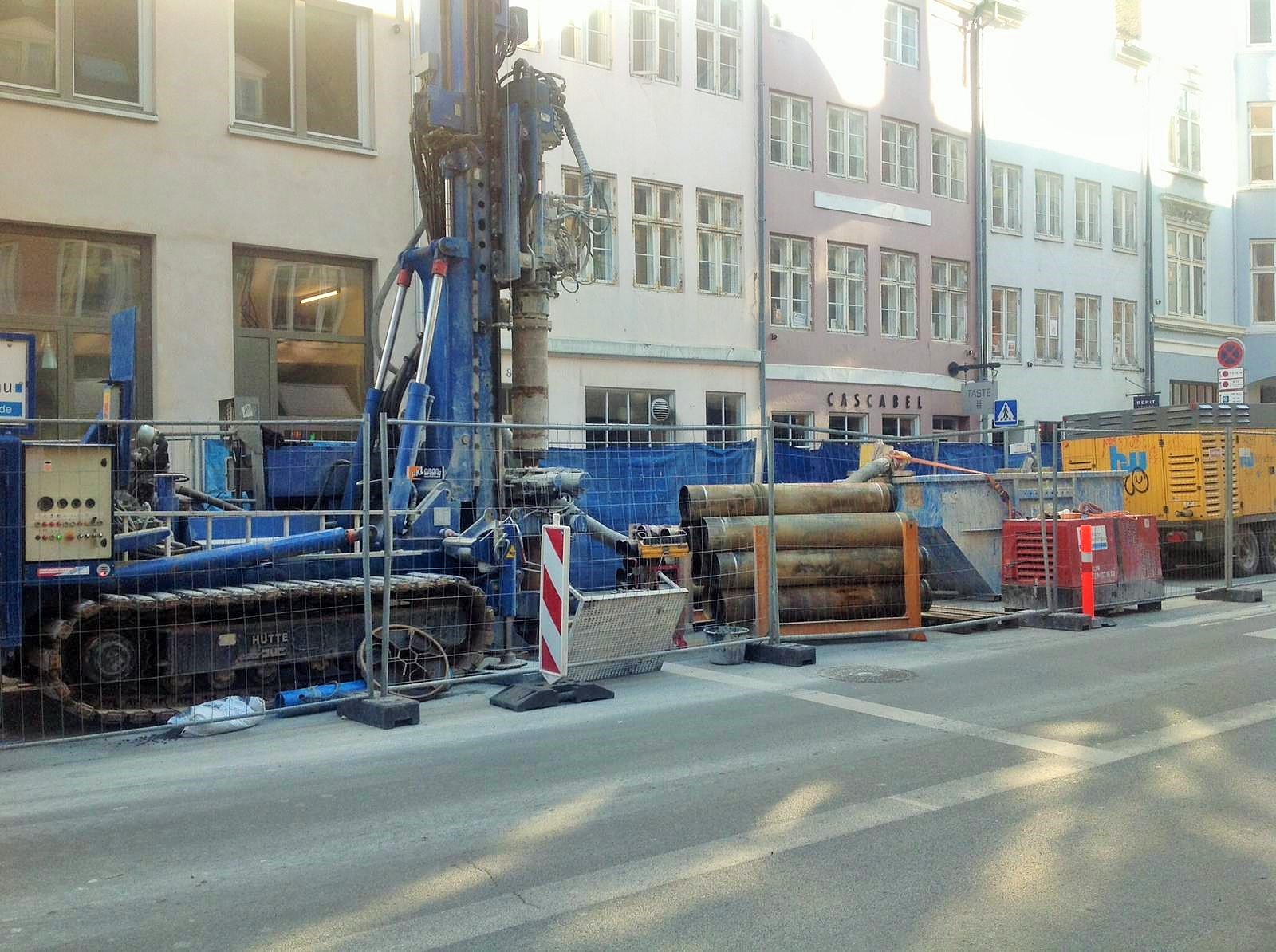 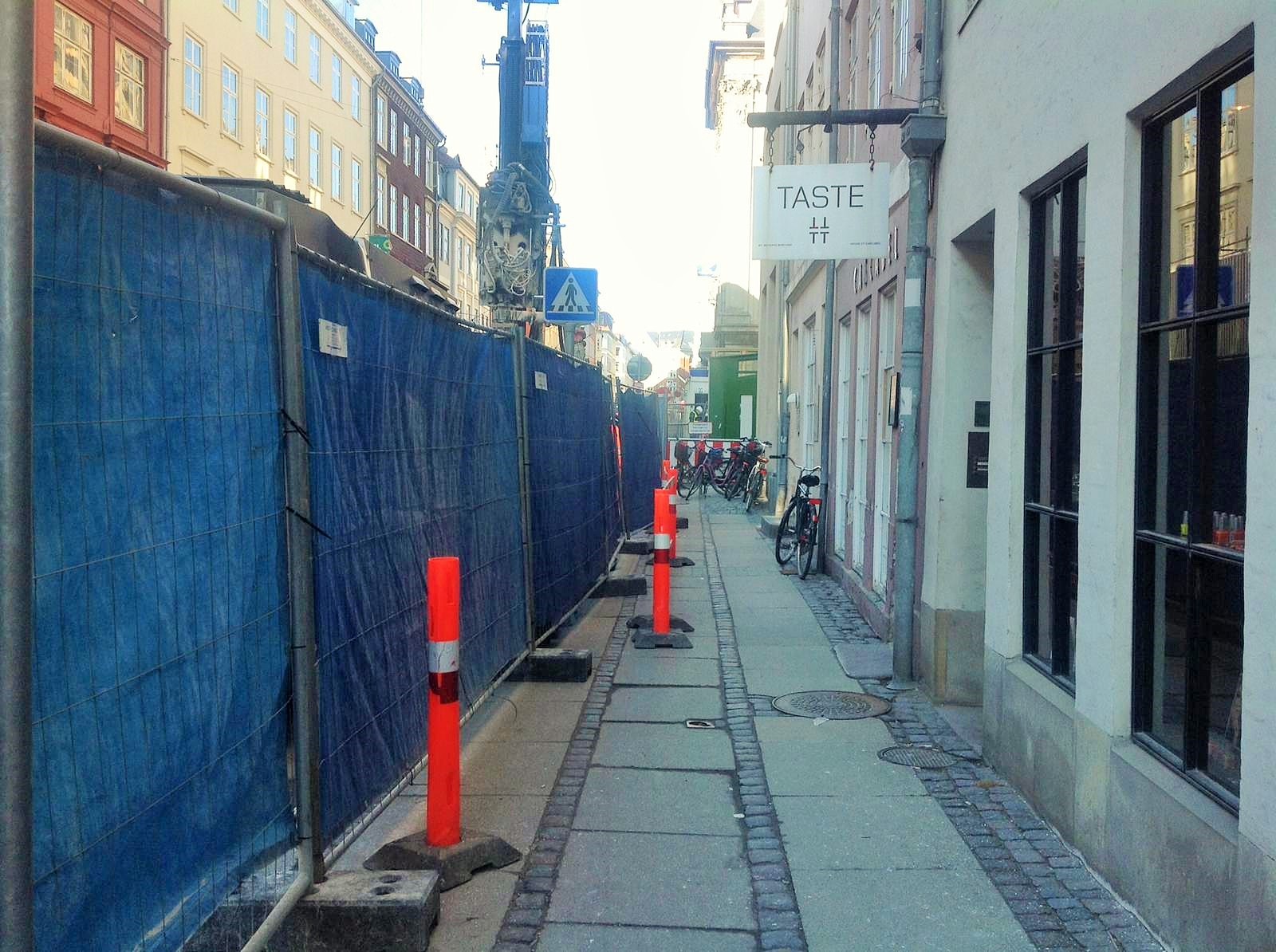 Along with Taste, which over many years had become well-known among customers, only one other restaurant on the street survived the building of the metro building – its long history and famous name helped it. Other businesses were killed. 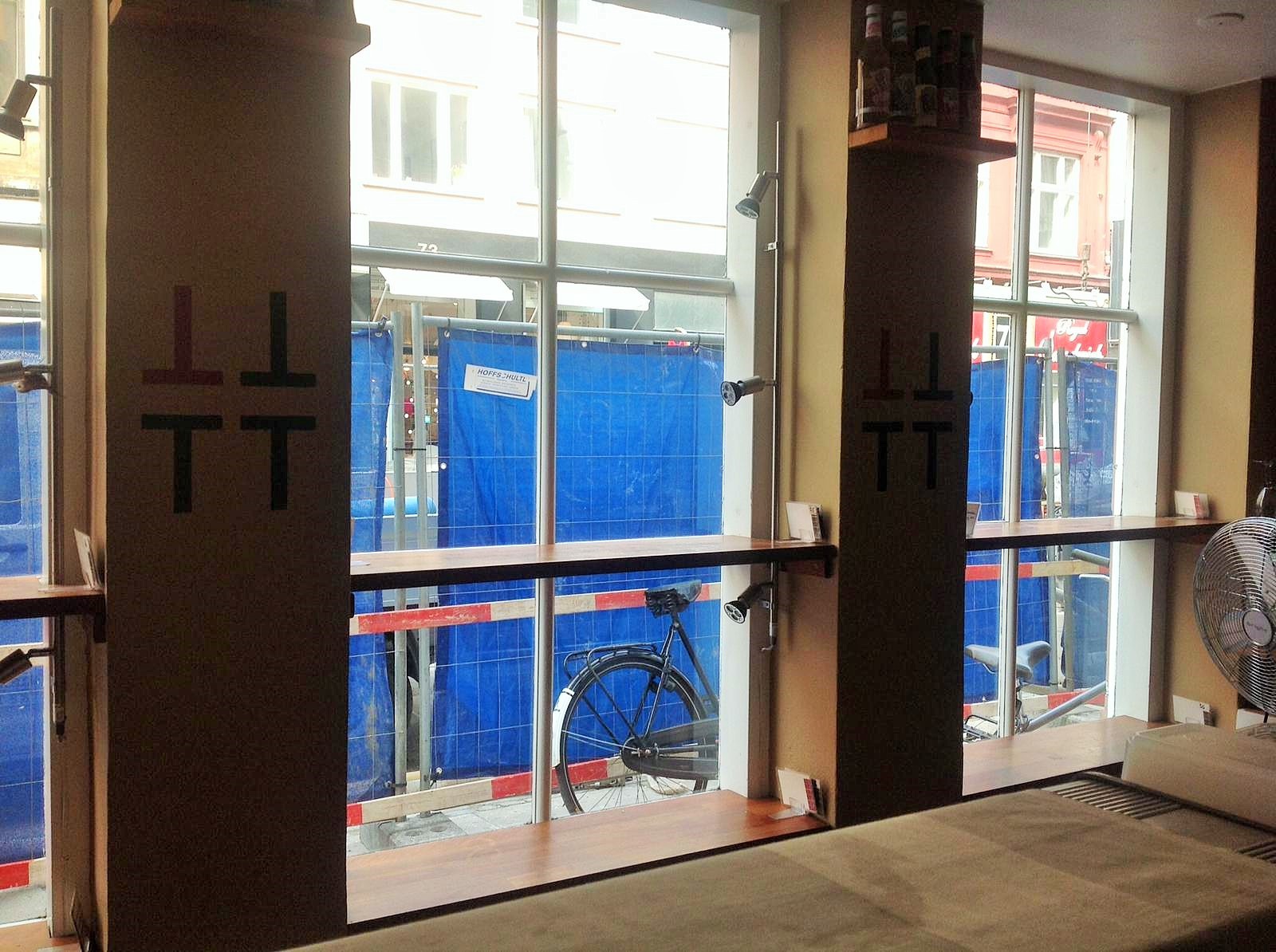 “We started 16 years ago as a French café famous for vegetarian salads. But we were putting them in the garbage day after day because our customers were disappearing – I lost 60% of my income,” says Bernard.

There were two solutions. The first – selling the business – wasn’t an option in those circumstances as nobody wanted to deal with insoluble problems. The second option was to go bankrupt. But Bernard chose the third option – to fight. 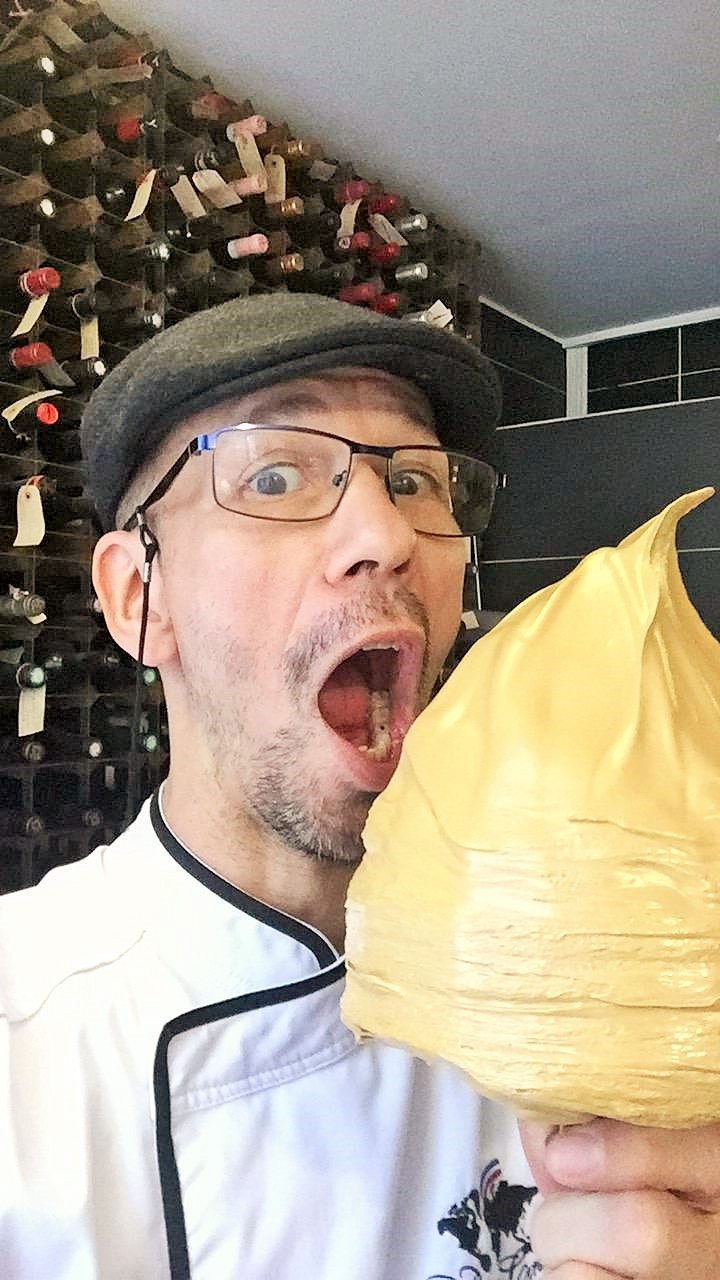 “I had to sit down and think about what I could do to survive these issues when I wasn’t getting any help from anybody. I understood that my salads couldn’t be sold any more but people were still coming for cakes, so I changed the concept. I started to make more cakes and less of other food – it was enough to pay the bills and to have a very small salary for myself.” 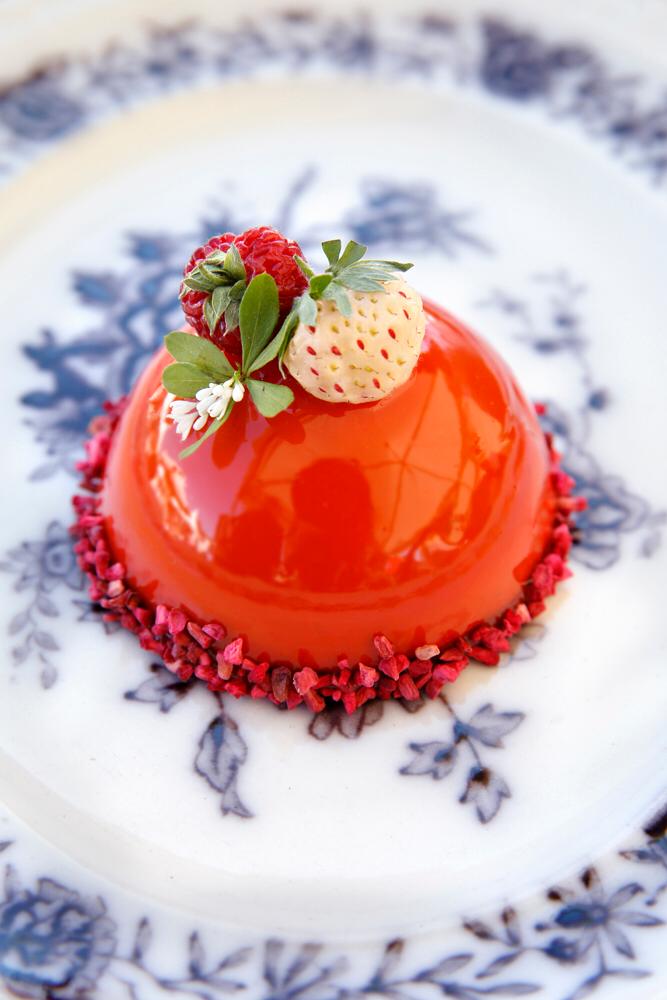 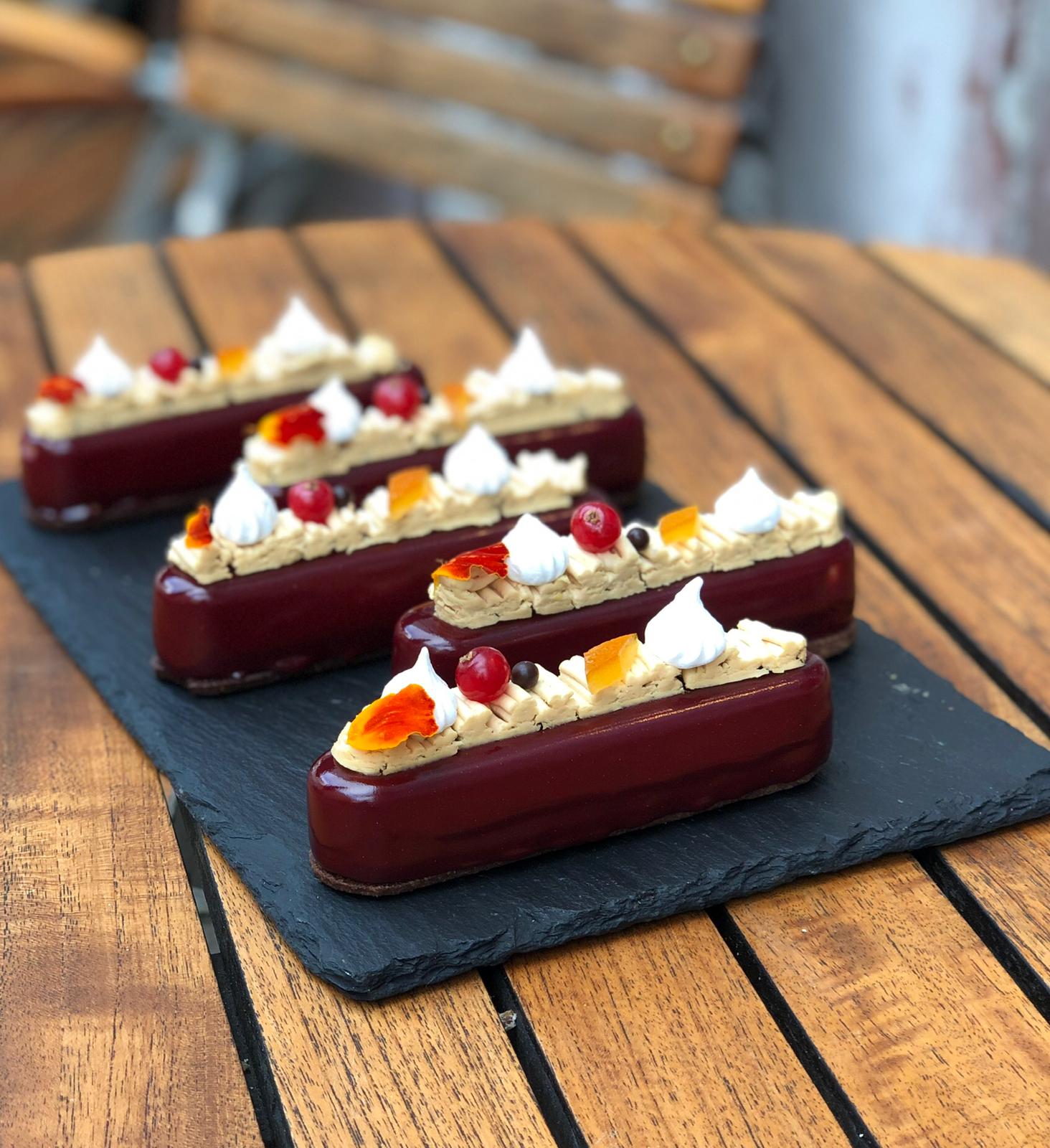 From having five full-time employees, Bernard ended up working alone. “I had no choice. I had to fire all of them one by one, all my staff who had been working here for five or six years. It was a hard time,” says Bernard. “But that wasn’t enough! The government remembered about the bike lane – why not double the width? Of course! So they started the reconstruction in 2018 – and the nightmare began again.” 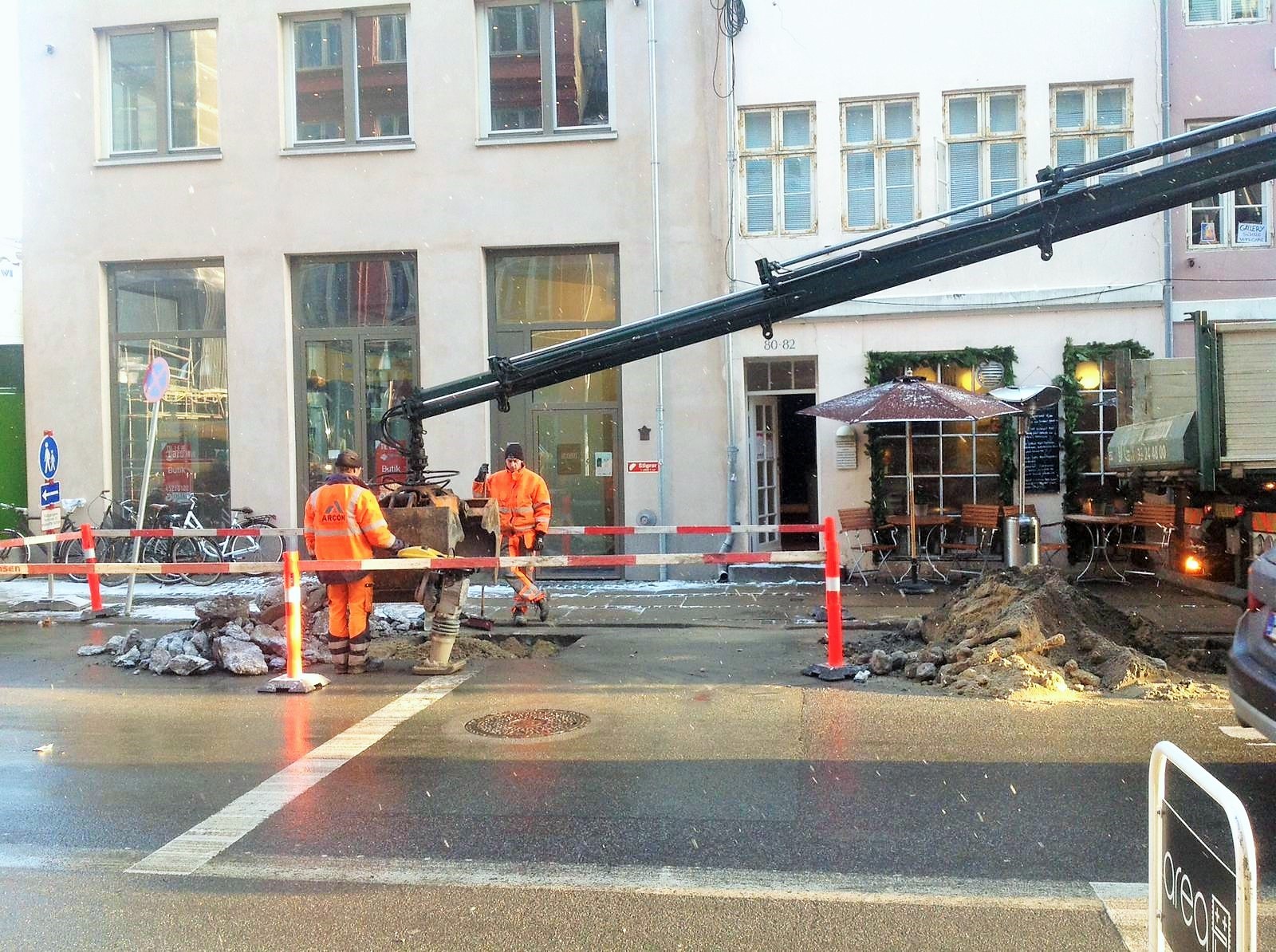 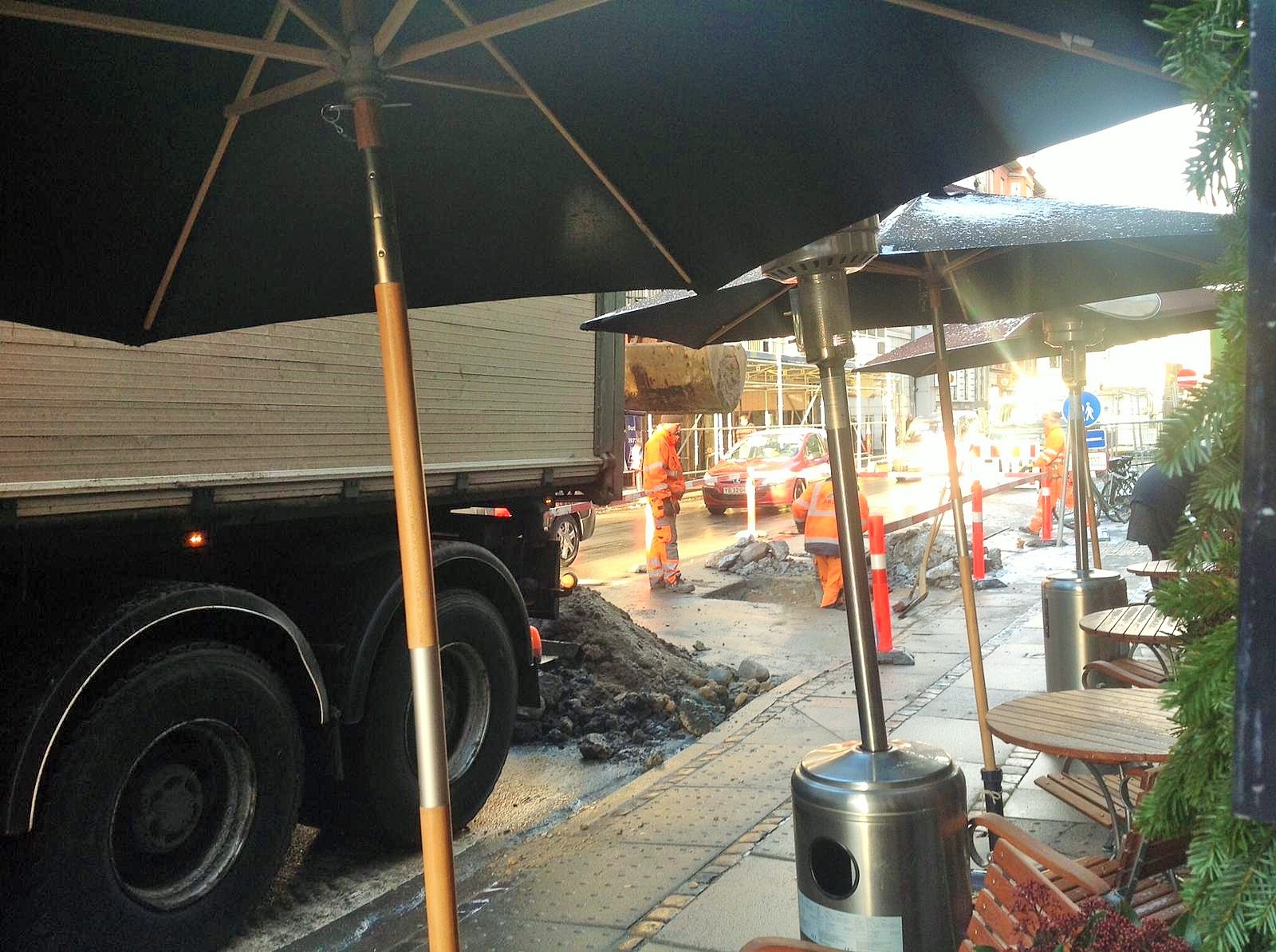 “We didn’t get any help from the government.”

The years of building and reconstruction that badly affected businesses made the owners of shops and cafes in Kongensgade Street desperate and angry.

“We asked for help again and again but never received anything from the government. Nothing at all! They did a very simple thing – every time we called, they referred us to another specialist in the department, and he or she then referred us to someone else, and it never ended. But when you have a business to run, you don’t have time to stay by the phone for eight hours. You have to produce and sell something to survive,” says Bernard. 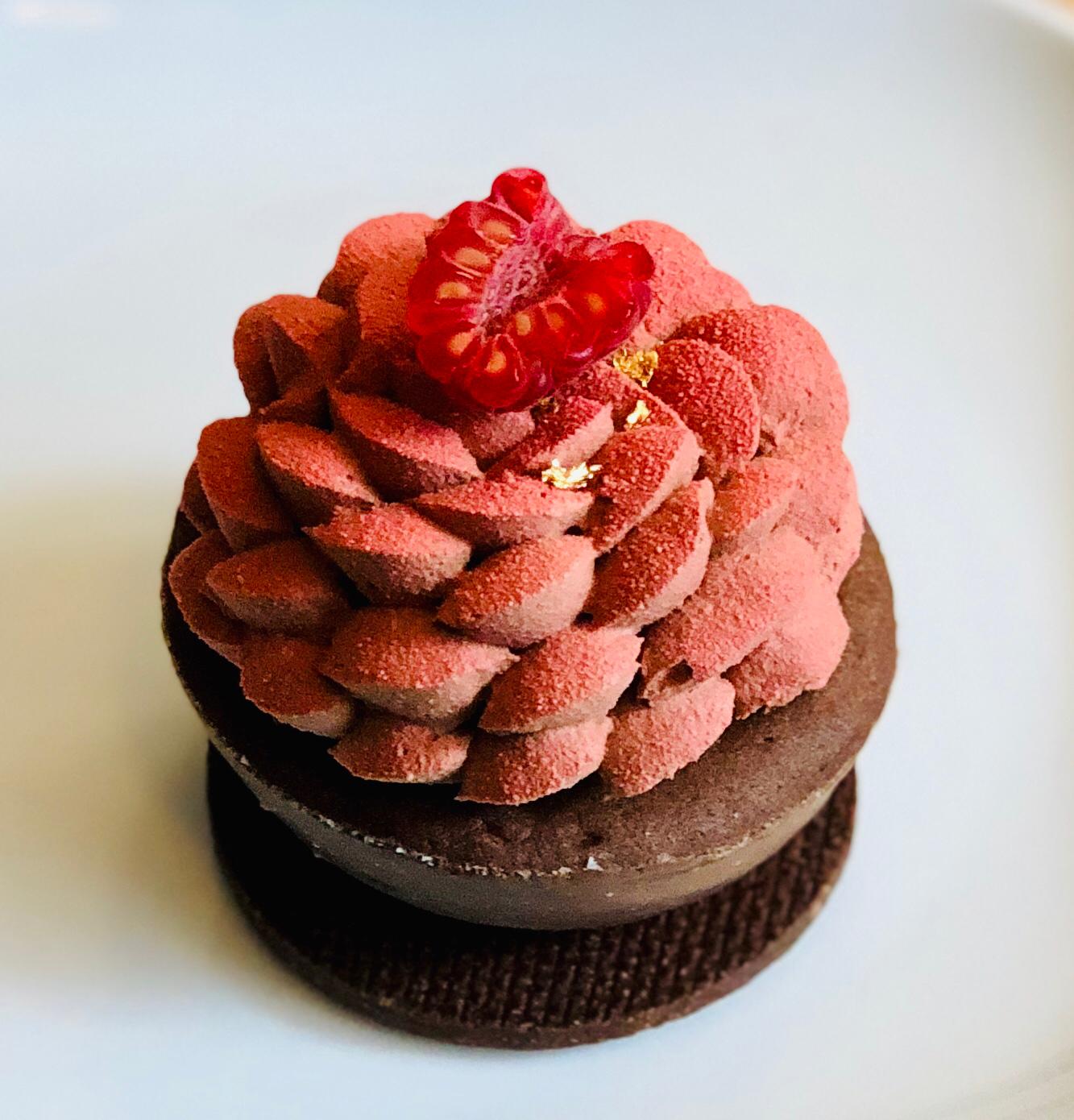 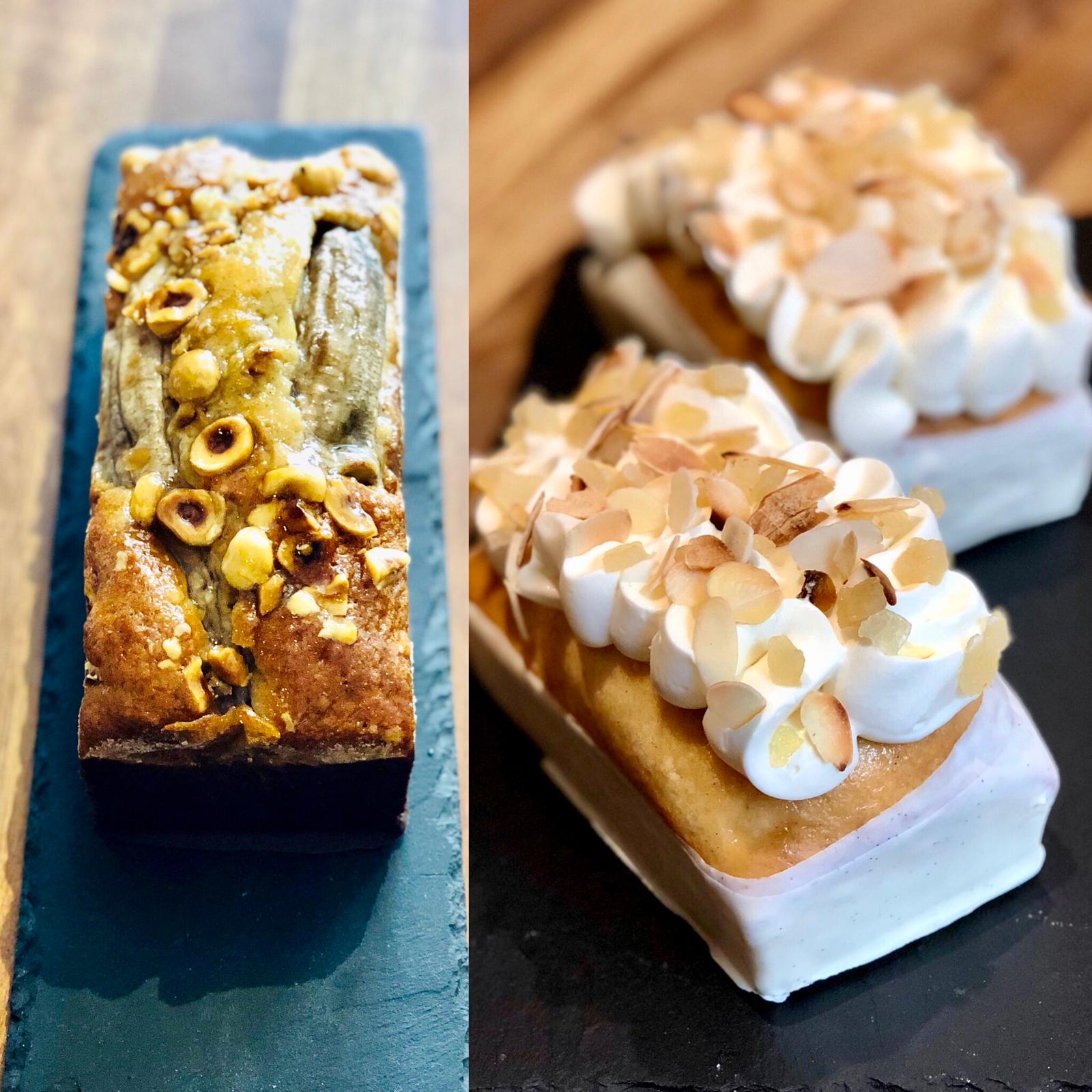 While struggling with the bureaucracy, one question crossed Bernard’s mind many times: maybe it was time to give up and become a chef at someone else’s restaurant again.

“When such crazy things happen, it takes away all your creativity, your passion for the things you love to do. Many of us went back to having regular jobs because people wanted some peace. They were tired of fighting,” says Bernard. “You just can’t be constantly prepared for a flood, or that the state will only open the street for the traffic two or three times per year, killing your business, or that they are going to build a metro station and it’s going to take seven years.”

“What was ahead? Coronavirus!”

When the metro opened in autumn 2019, Taste felt that the good old times were coming back. The flow of customers returned, and Bernard hired three full-time employees.

“I thought that finally all the troubles were behind us and that a bright future was waiting for us. But what was ahead? Coronavirus!” 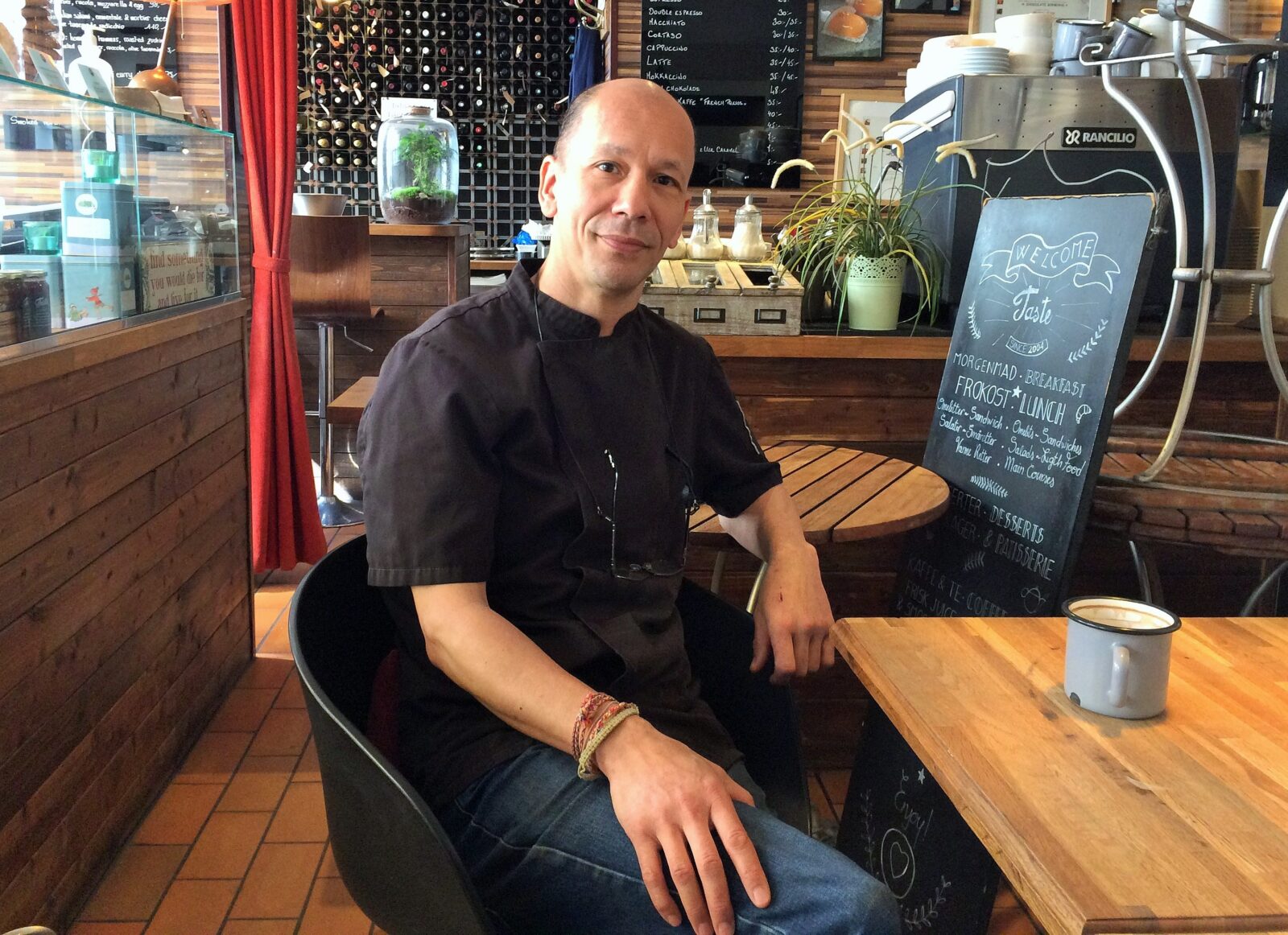 This time Bernard has not fired anyone – the staff have stayed home with salary compensation from the government.

“They paid 75% of the salary and okay I can pay 25% – that’s fair. But how am I going to open? I have to pay 100% or stay closed. How can I pay with zero income? That’s impossible!” says Bernard. “And what about the taxes? They say: ‘You don’t need to pay them now; you can pay them in January next year.’ That’s no help! You’re still asking me to pay taxes when I have no income.” 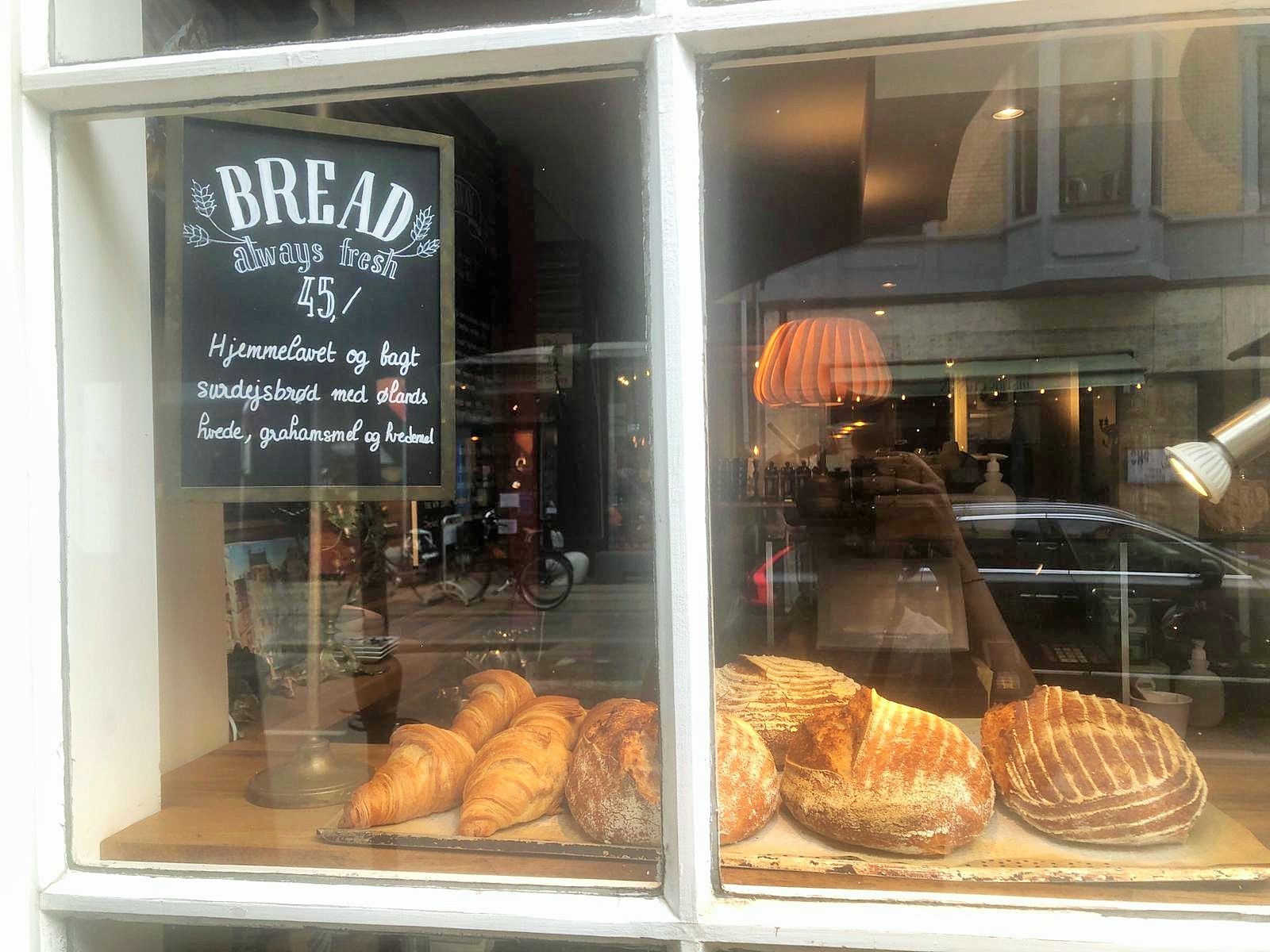 Bernard is sure that the governmental strategy has led to layoffs. That’s the first step businesses make to stay alive.

“If you are a business owner, your first concern is to keep the cash in your accounts for paying rent, taxes and to eat something yourself. But your hands are tied if you have a lot of staff – so people are going to be fired and a lot of companies are not going to survive.”

The country is gradually reopening. So when will everything return to how it was before coronavirus for small businesses and the restaurant industry in particular? Bernard thinks that nothing will be the same as before.

“The young people don’t really care about coronavirus. But the middle-aged and elderly don’t go out so much. In the coronavirus time they have discovered that they can order almost everything to be delivered to their home. You don’t need to move any more, just open the app,” says Bernard.

But despite the struggle with circumstances and the uncertainty of the future, Bernard knows one thing for sure: that every morning he will come to Taste, to the cafe with large old-fashioned windows, which he fell in love with at first sight 16 years ago. He will knead the dough in the morning and then make bread, cakes, biscuits… Everything that makes customers a bit happier. 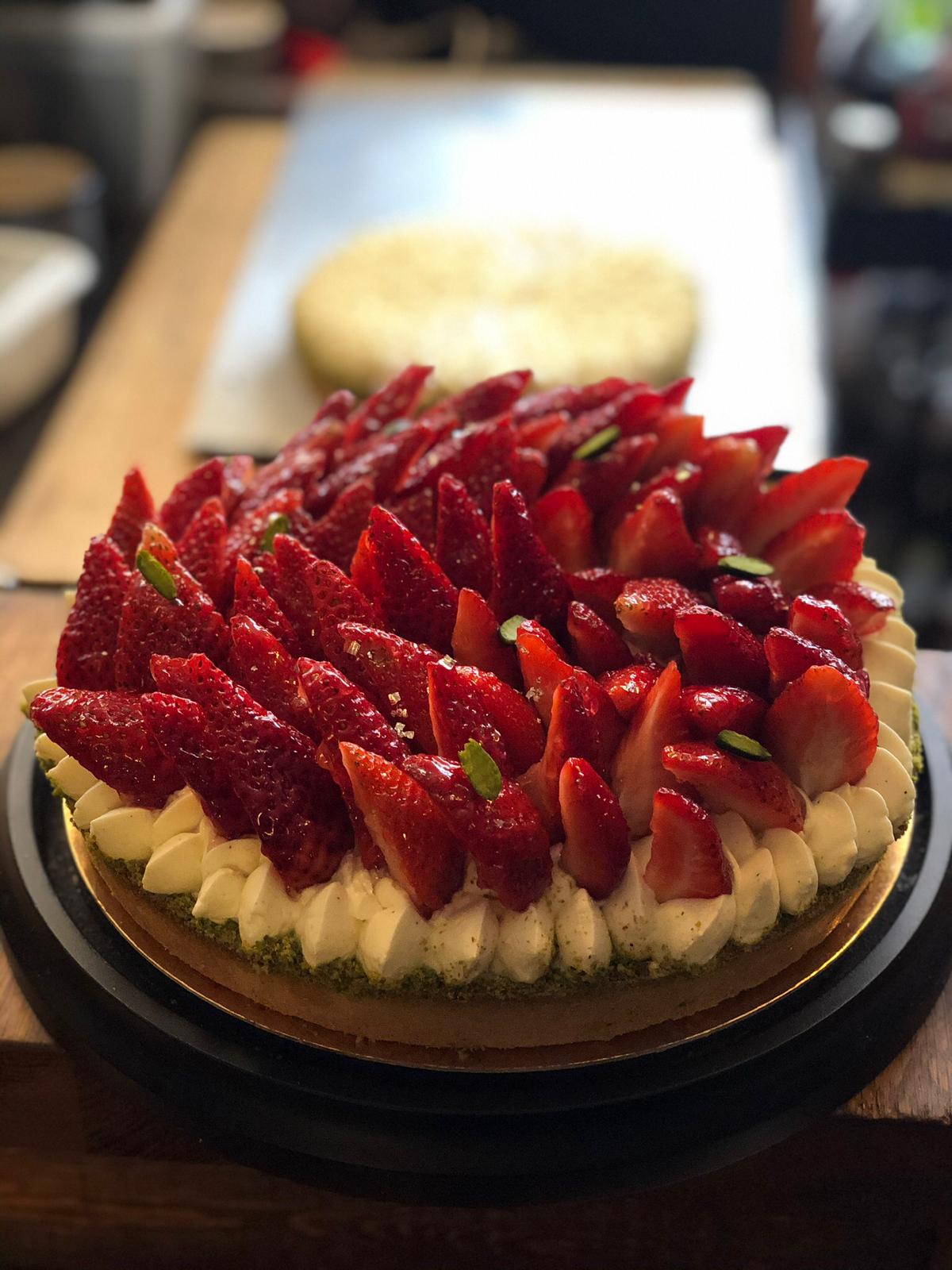 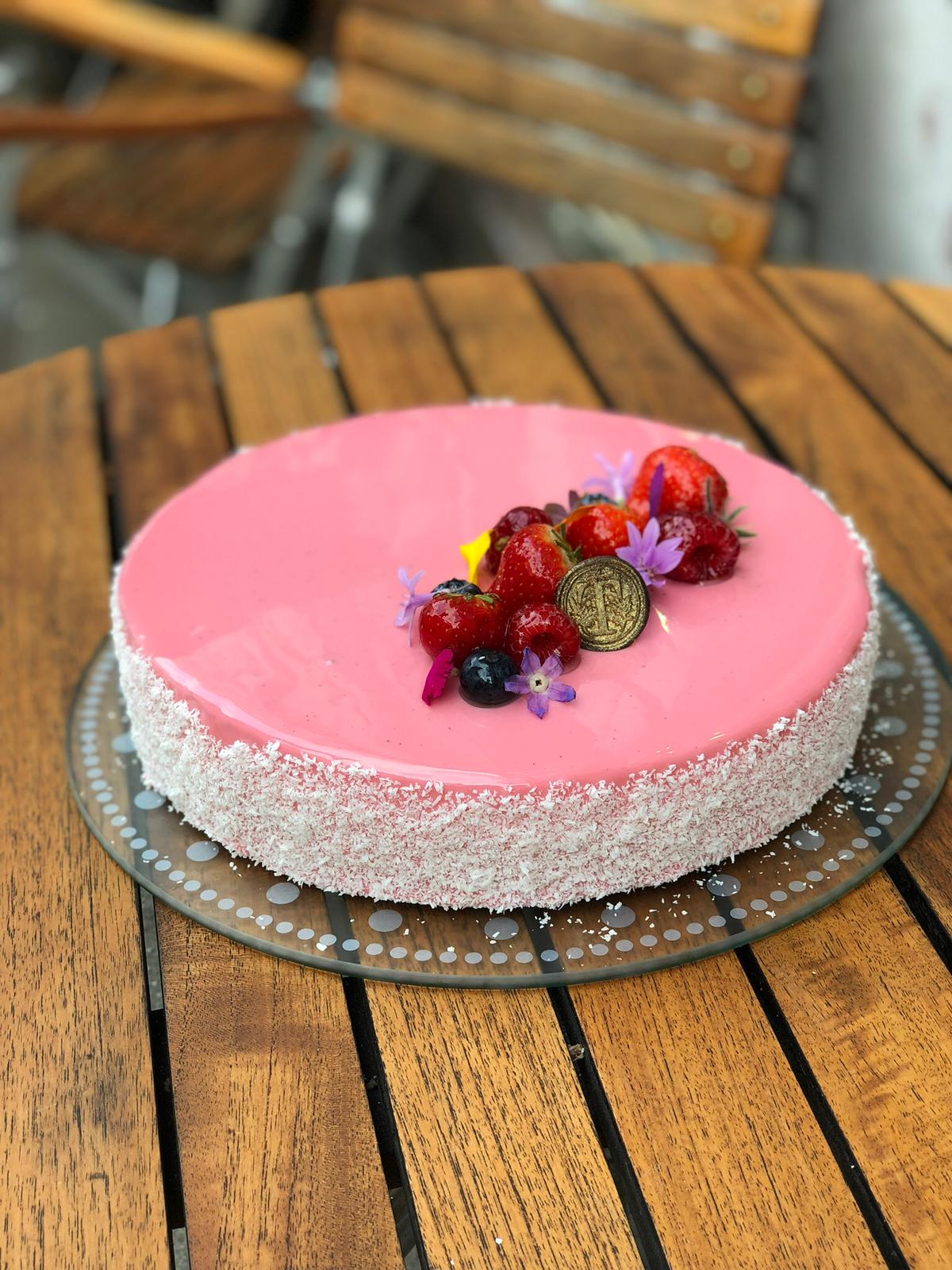 “I think this is my first goal, and my biggest motivation – to please peoples with what I create and served, the smile of satisfaction makes my day a bit easier and motivate me to continue.” 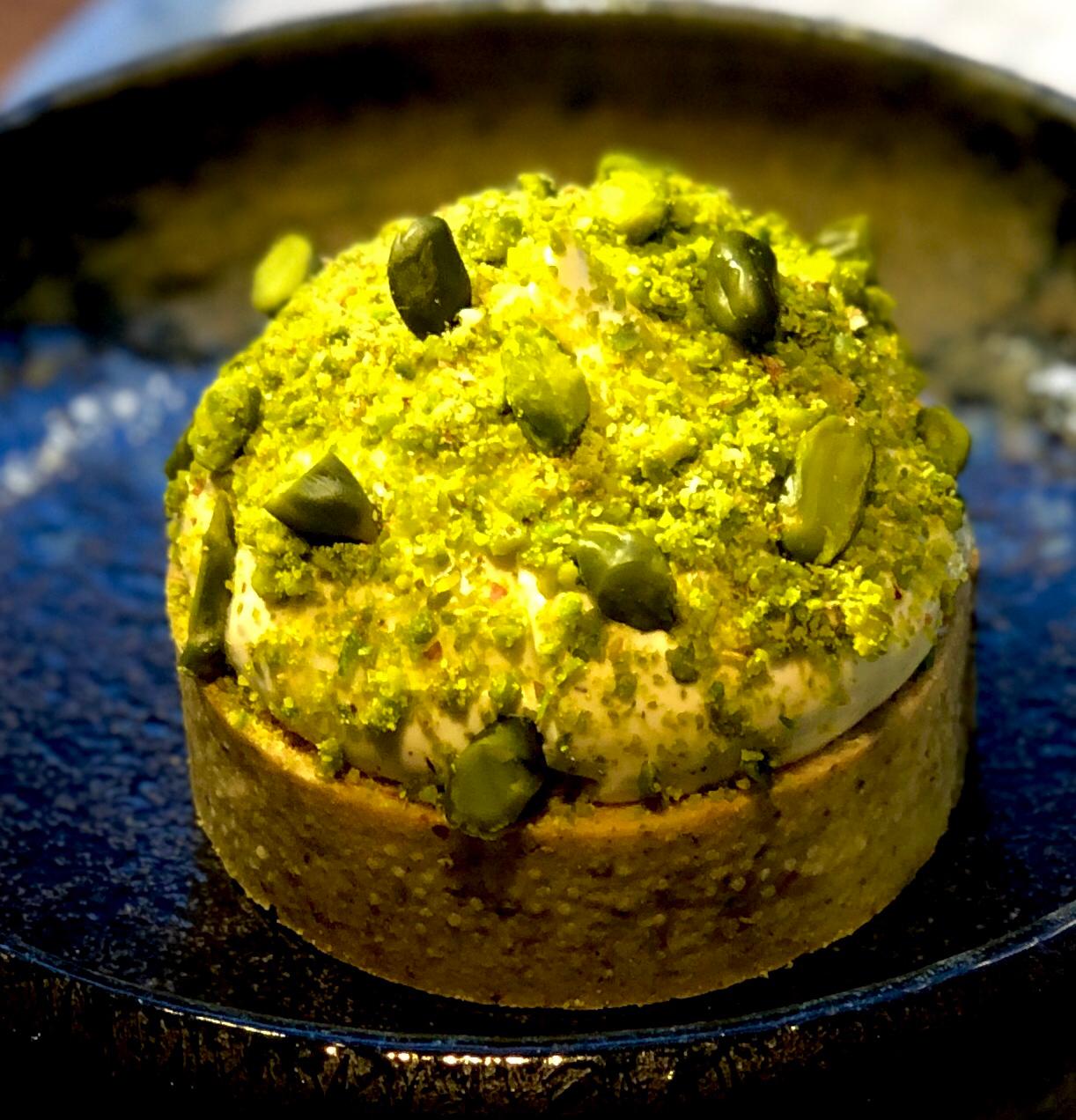 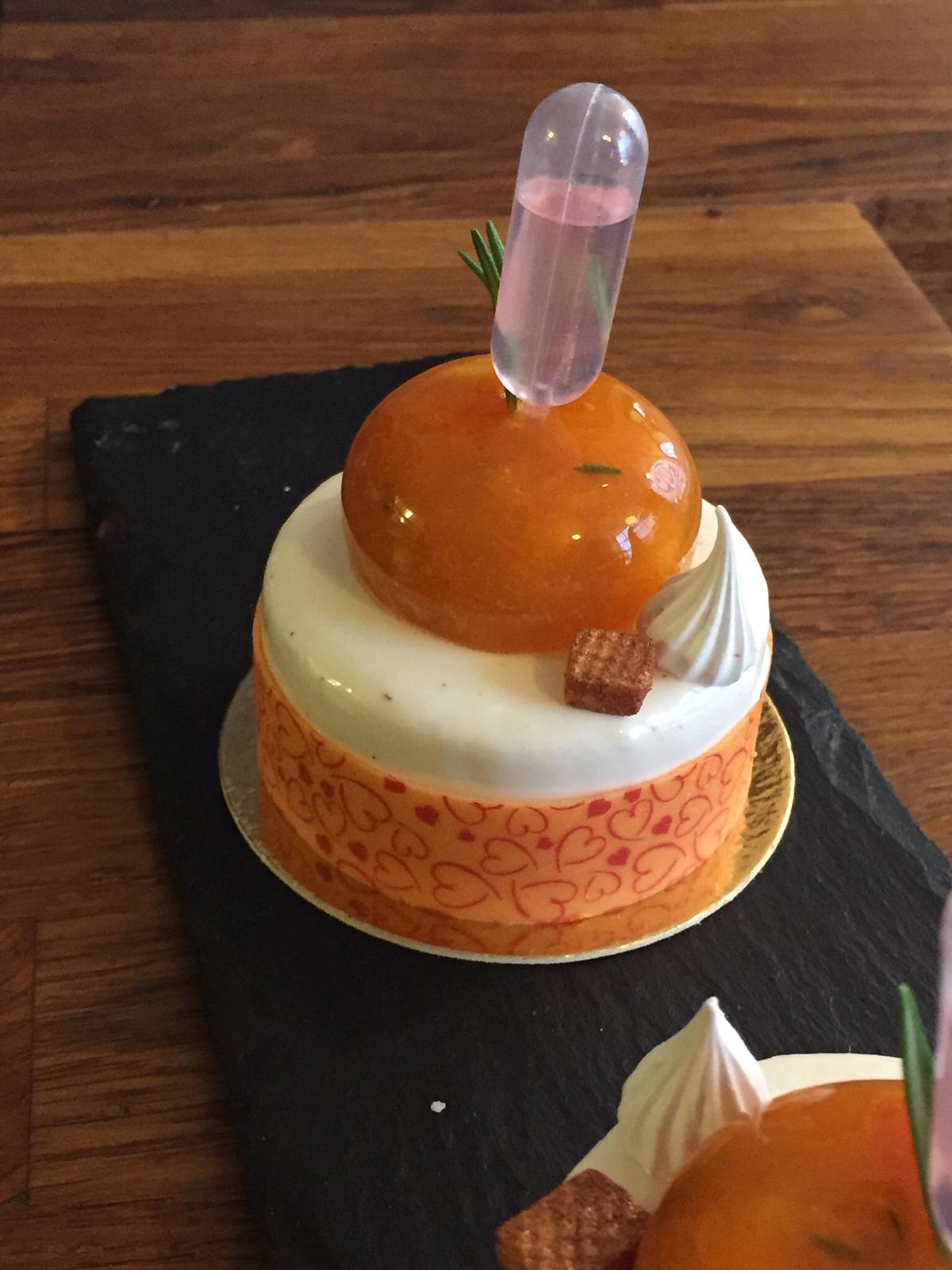 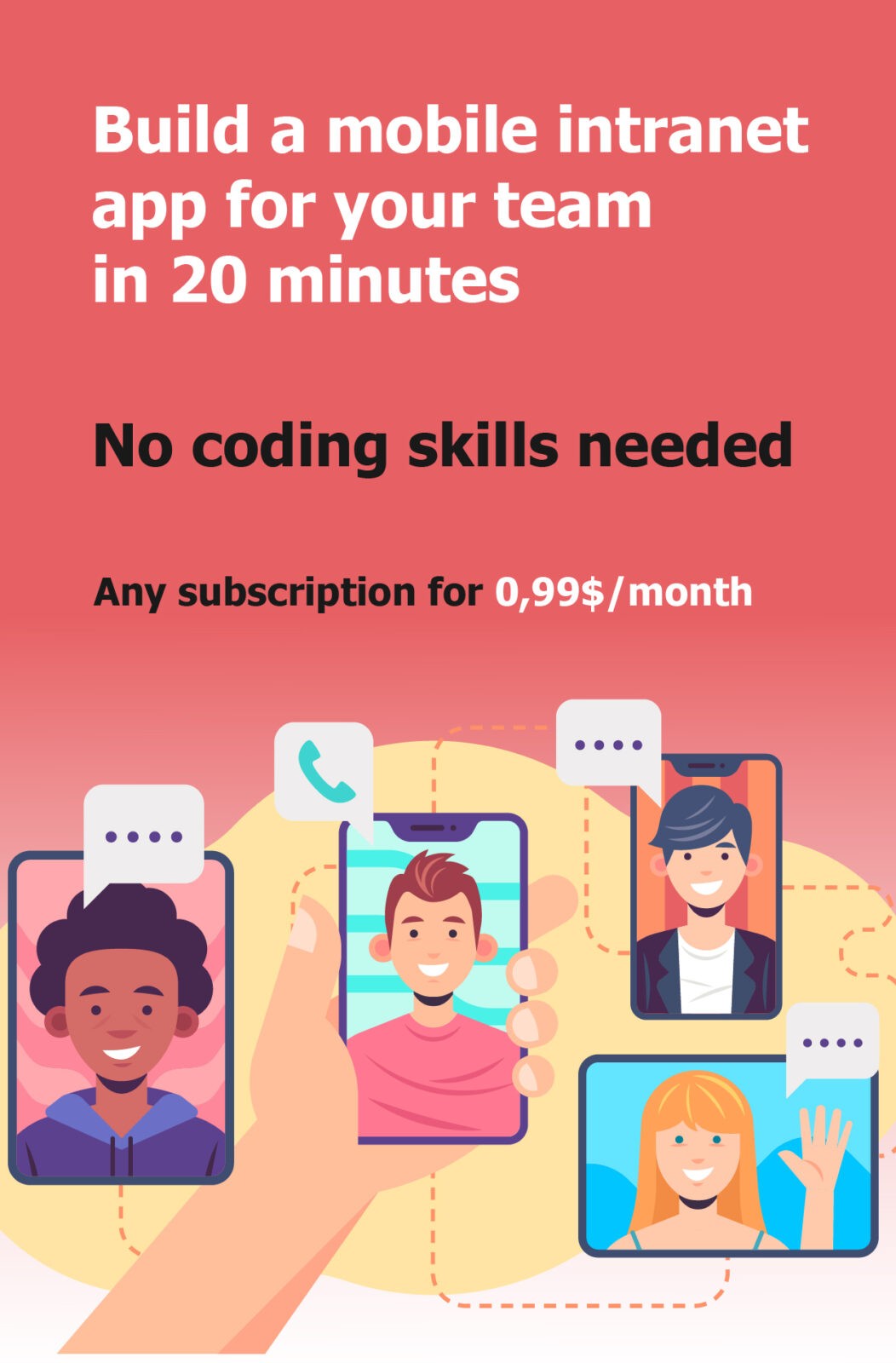 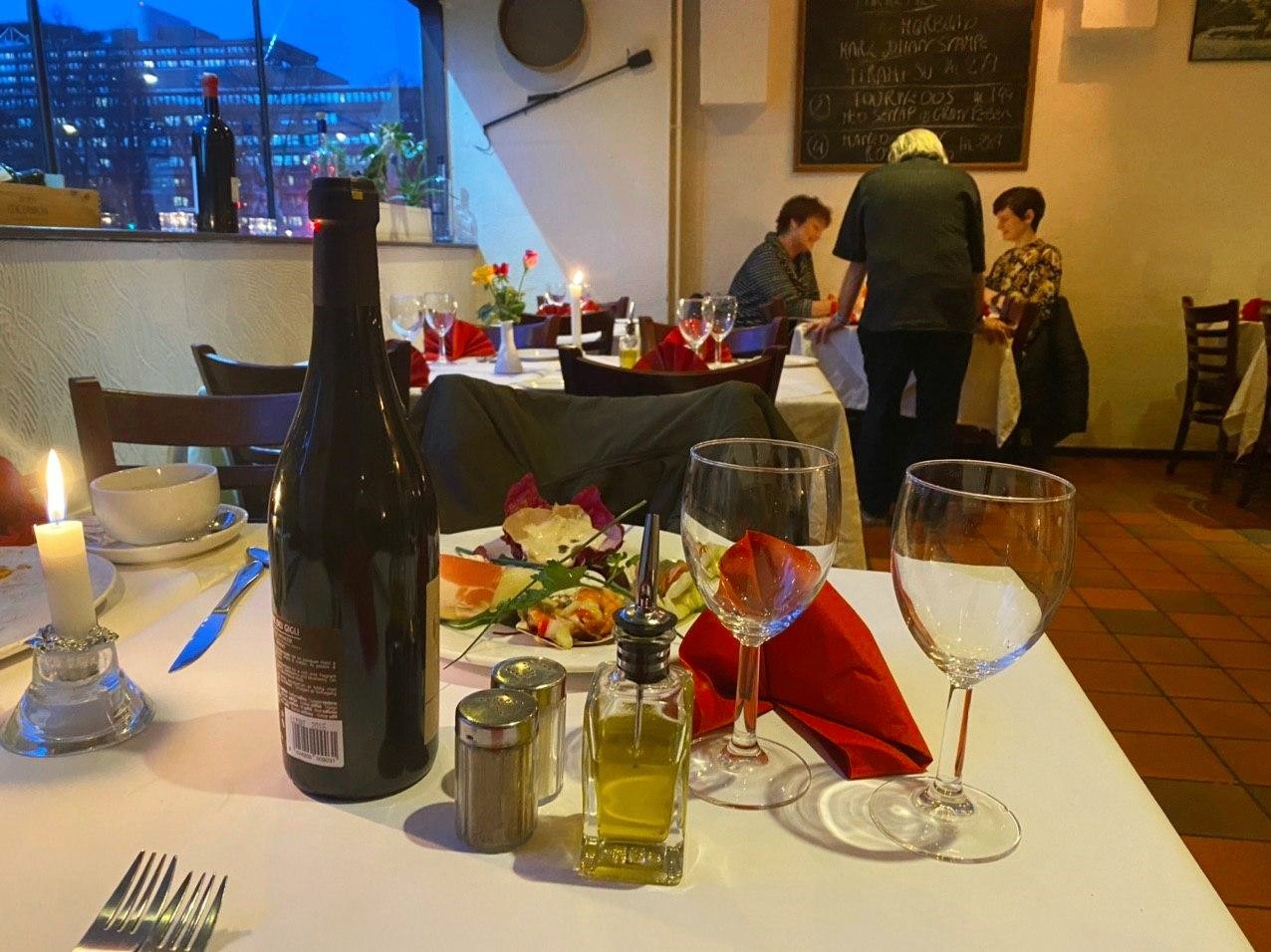 Your message was sent successfully

Subscribe to our news to get notified of the latest updates